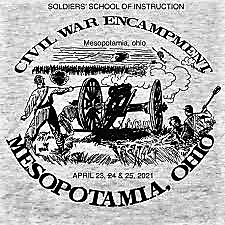 William “Bill” Harold Cryer, 93, longtime resident of Mesopotamia, passed away Sunday, April 4, 2021 at UH Geauga Medical Center. Born on March 21, 1928 in Texarkana, Texas to the late William Jennings Bryan Cryer and Molly (Morphew) Cryer. Bill served his country as a U.S. Marine Corp Sergeant in the Korean War which remained one of his proudest accomplishments. After the war he worked as a supervisor for General Telephone helping develop Verizon’s fiber optics before retiring. While living in California, he served as the Chairman of the La Mirada Democratic Slate Headquarters.

He met and later married Laureli Pae. They moved their family to Mesopotamia in 1988, where they remained together for 44 loving years. Bill’s love of history led him to become a member of the Mesopotamia Historical Society where he helped put together the Civil War Reenactment. He was also an active member of the Bloomfield-Mespo School Board. Bill enjoyed listening to country music, traveling with his wife, playing guitar, singing, talking about life with kindred spirits and watching soccer but his greatest joy was spending time with his grandchildren who knew him as Papa.

Bill was a dedicated husband, father, grandfather, and friend to many. He will be missed by all who knew him.

Bill is survived by his beloved wife Laureli; children Christine, Karen (Doug), Barbara and Harvey; and many grandchildren, great and great- great grandchildren. He is preceded in death by his parents, his daughter Marta Jan, his son Kenny D., daughter Andrea, grandson Dylan and granddaughter Tabari.

A Memorial Celebration of his life will be held at a later date.

To send flowers to the family or plant a tree in memory of William "Bill" Harold Cryer, please visit our floral store.