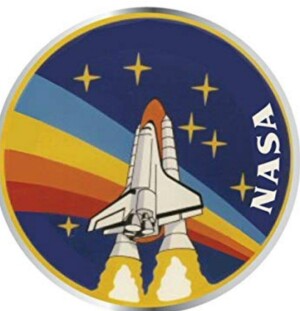 Gary Wayne Twoey, 69, of Burton, Ohio, passed away on December 9, 2021, after a courageous battle with cancer. Gary was born on June 19, 1952, to Sherwood Twoey and Freda M. (Jones) Twoey in Cleveland. After graduating from Berkshire High School in 1971, he joined the U.S. Air Force, serving under the Strategic Air Command as military police in Minot, N.D. After completing his service, he returned to Ohio and eventually met the vivacious Barbara Jean (Cummings) Twoey at the Geauga County Maple Festival. The pair married in 1974, where Gary donned a baby blue ruffled tuxedo and sported wavy shoulder-length hair with a manicured mustache. With blessings from their families, friends and the community, Gary and Barbara built their lives together in Burton and expanded the family to include a son, Russell, and a few pets.

Gary was creative and expressed himself through drawings and witty cartoons. For those lucky enough to receive one (or many) of Gary’s homemade cards, it was clear he showed his love for families and friends through poems, collages and drawings. The Twoey household was often filled with music across all genres thanks to Gary’s broad taste in music, including rock, country, bluegrass, and more. He was also an avid outdoorsman and sports fan. He closely followed his beloved Berkshire Badgers basketball and football teams and attended games wearing his son’s old varsity jacket.

Gary was deeply involved in the community where he was an active member at The American Legion Atwood-Mauck Post 459. He performed color guard duties at various memorial events honoring veterans and current service members. Gary also delighted local children by playing Santa at events during the Christmas season (his favorite time of the year and he famously said, “Every year I wish for ten more Christmases!”).

Gary retired from H.C. Starck in Euclid as a special metals mill operator after four decades of service. He helped transform raw materials into complex fabrications used by the aerospace, defense, and high-tech industries. His work was proudly used by NASA on several Space Shuttle missions, earning him a mission patch for every shuttle he supported.

Gary was preceded in death by his parents, Sherwood Twoey and Freda M. (Jones) Twoey, and by his wife Barbara Jean (Cummings) Twoey. He is survived by his son, Russell Twoey (wife Jessie), and younger brother Rich Twoey (wife Renee).

A Memorial Service will be held at a later date.

Gary was frustrated that there is no cure for cancers of all kinds, so in lieu of flowers, please donate in his memory to the cancer research foundation of your choice.

To send flowers to the family or plant a tree in memory of Gary Wayne Twoey, please visit our floral store.

Memorial Service at a later date

A Cancer Research foundation of your choice