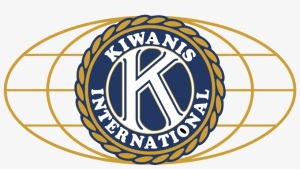 Donald D. Hunter, of Middlefield, passed away at the age of 91, Friday morning, July 12, 2019 at his home with his loving family by his side.  Anybody whomever came in contact with Don, was touched by his compassion and generosity which knew no bounds. Don was born on July 9, 1928 in Andover, Ohio to Joseph and Margaret (Steen) Hunter. He was a graduate and valedictorian at Andover High School and then went on to serve for the U.S. Army Air Corp.

Don moved to Middlefield in 1948 and married Joanne Hewins. They were married 53 years before she passed away in June 2001. He was owner and worked all hours at H & H Hardware in Middlefield from 1962 until he retired in 2003. Don was chairman and past president of the Board of directors at Middlefield Banking Company from 1977 - 2007. He was a member and trustee for the First United Methodist Church in Middlefield, where he was also involved helping with many church classes with his wife Sandra Hunter, whom he married Feb. 14, 2008. Don was a genuine,  kindhearted public servant, he was a member of the Geauga Hospital Board, member of the Middlefield Chamber of Commerce, member of the Geauga Co. Historical Society over 12 years, Middlefield Township Trustee 8 years, past president and lieutenant governor of Ohio District Kiwanis International, and a 50 year member of the East Geauga Kiwanis.. He enjoyed the outdoors, golfing, hunting, and fishing. His true passion was being with his family and friends, whom will miss him dearly

Don is survived by his loving family, his wife Sandra Hunter of 11 years, his son Jon (Tina) Hunter of Huntsburg, two daughters, Sherrie (Richard Postlethwaite) Livingston of Middlefield and Lori (Steve) Dunne of Salamanca, NY, 10 grandchildren, 8 great grandchildren with two on the way, and two of the three nephews he raised, Robert “Jerry” Hunter and Gary Kampmoyer, both of CA

He is preceded in death by his wife Joanne, his daughter Sandra Jo Mullet, his son in law John Livingston, his parents, his brother Warren Hunter, and his three sisters, Betty Stark, Beverly Derezick, Martha Kampmoyer, and his nephew David Kampmoyer.